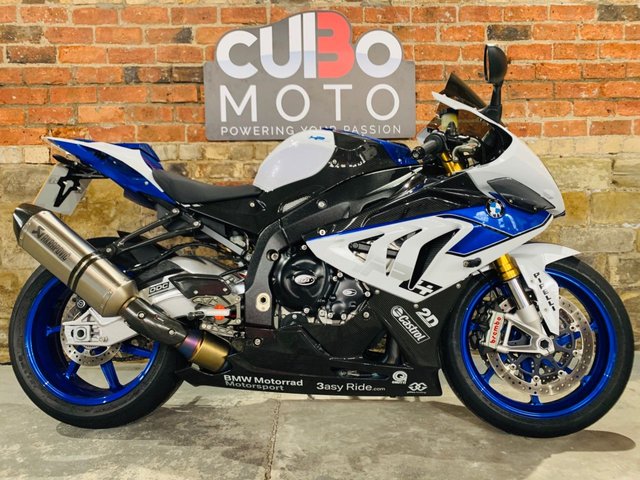 As if the standard S1000RR wasn't good enough already, BMW have made it even faster, lighter and more technologically-advanced, with this HP4 version. The jewel in the HP4's crown is the new electronic Dynamic Damping Control (DDC) suspension system, which adjusts the rebound and compression damping as you ride along. It gives the BMW the perfect suspension setting whether you're on a bumpy back-road or hammering down a Motorway. The 193bhp S1000RR is already the most powerful superbike you can buy - the HP4 has the same peak power, but more midrange torque and full power (instead of 163bhp) in its Rain riding mode. The throttle response is even smoother than the Generation 2 S1000RR's and in its Slick riding mode, you can now adjust the traction control via a button on the left bar (in 15 increments). Compared to a fully-spec'd S1000RR the HP4 weighs 9kg less. New Monobloc Brembos have more bite and the ABS settings are racier - developed in the German IDM superbike championship. This example has very low miles and is definitely one to invest in for the future! 2 Keys, Akrapovic Exhaust, Zero Gravity Double Bubble Screen, R&G Engine Covers, Stomp Grips, Tank Pad, Tail Tidy

Get the best deal on a used BMW Hp4 bike for sale in Huddersfield by making your way to Cubo Moto today. You will find every available model listed here on the website, and as all our stock is competitively priced you should have no problem sourcing a pre-owned BMW to suit your budget. Take the opportunity to browse our current range online before contacting a member of the showroom team to find out more. Our friendly and knowledgeable staff will be more than happy to answer any questions and provide advice and guidance when necessary. Alternatively, why not pay a visit to our showroom in person and take a closer look at the selection of used BMW Hp4 models for sale.