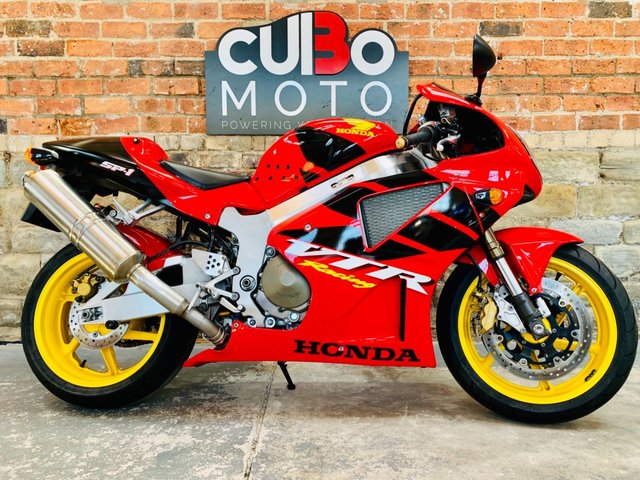 If you can't beat 'em, join 'em. So said Honda at the end of 1999 when it unveiled the VTR1000 SP-1. Back in the day, World Superbikes was a race series between 750cc fours (made by the Japs) and the 1000cc V-twins favoured by the Italians. With only four titles from 1988 to 1999, it was clear the inline and V-fours were struggling. Thus, Honda made this: the SP-1, a 999cc, liquid-cooled four-valve per head 'Japcati' that looked great, oozed class, was finished superbly and about as practical as a 996. It won WSB first time out with Colin Edwards, but on the road this thing had more bite than a great white! These bikes are stunning and extremely hard to get hold of, with everyone realising what an awesome creation they were, and the prices are only going one way as there are fewer and fewer of them surviving! 2 Keys, Colour Coded Rear Hugger, Tank Pad, Dark Tint Screen, Paddock Stand Bobbins

Get the best deal on a used Honda VTR1000 bike for sale in Huddersfield by making your way to Cubo Moto today. You will find every available model listed here on the website, and as all our stock is competitively priced you should have no problem sourcing a pre-owned Honda to suit your budget. Take the opportunity to browse our current range online before contacting a member of the showroom team to find out more. Our friendly and knowledgeable staff will be more than happy to answer any questions and provide advice and guidance when necessary. Alternatively, why not pay a visit to our showroom in person and take a closer look at the selection of used Honda VTR1000 models for sale.