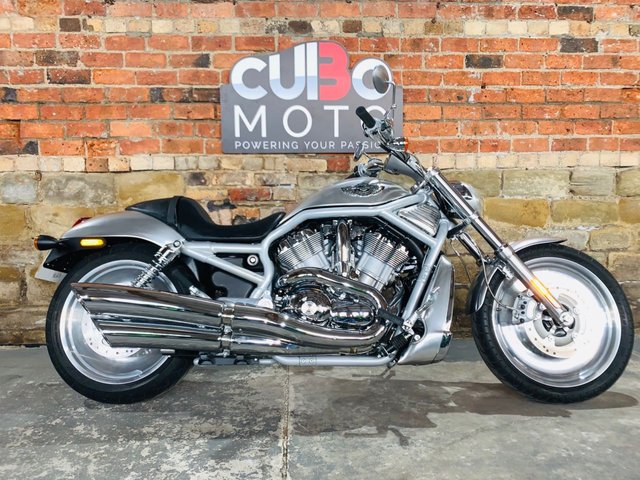 One Owner From New
£9,490
Call For Finance Options

A chance to own one of Harley Davidson's most rare and unique bikes they ever made! With this age and only 961.......... YES 961 miles on the clock!!! you wont find another one owner example like it. The engine was designed in Germany by Porsche and it has the first water-cooled engine in Harley-Davidson's 117-year history. The V-Rod doesn't look like any other Harley! An endurance test of the Revolution Engine was performed on a dynamometer at the Weissach Development Center (Weissach, Germany), which is part of Porsche's Engineering Group. Uncounted test engines were destroyed in testing before an engine successfully reached 500 hours non-stop run time. That was the benchmark for the engineers to approve production of the Revolution Engine. This bike is everything you'd expect from a Harley Davidson.... plus more! 2 Keys, Harley Davidson Alarm and Fobs, One Owner From New

Get the best deal on a used Harley-Davidson Vr bike for sale in Huddersfield by making your way to Cubo Moto today. You will find every available model listed here on the website, and as all our stock is competitively priced you should have no problem sourcing a pre-owned Harley-Davidson to suit your budget. Take the opportunity to browse our current range online before contacting a member of the showroom team to find out more. Our friendly and knowledgeable staff will be more than happy to answer any questions and provide advice and guidance when necessary. Alternatively, why not pay a visit to our showroom in person and take a closer look at the selection of used Harley-Davidson Vr models for sale.