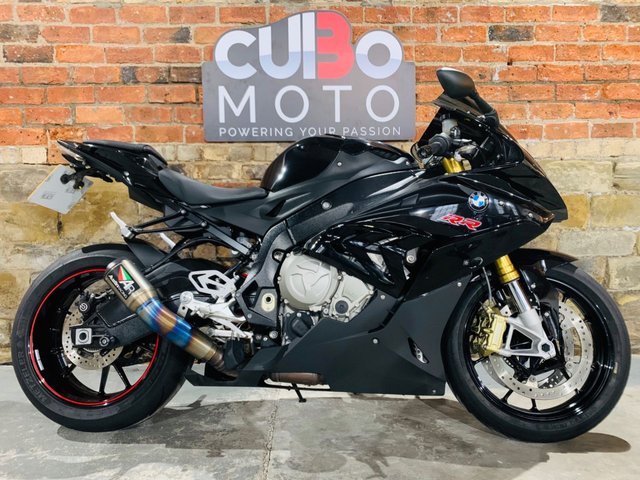 Here we have BMWs incredibly popular super sports weapon, the S1000RR Sport. This bike is thrillingly fast, breathtakingly agile, sophisticated and incredibly well equipped. The S1000RR Sport is without a doubt one of the most capable motorcycles from the streets and race tracks. It can deal effortlessly with winding roads fast tracks and tight city streets thanks to the top spec technology and german engineering. This 2 owner bike benefits from having an Austin Racing Exhaust and many more extras! 2 Keys, Austin Racing Exhaust, ABS DTC Quickshifter Heated Grips LED Indicators, Evotech Rad and Oil Coller Guards, MRA Double Bubble Tinted Screen, Paint Protection, Tail Tidy 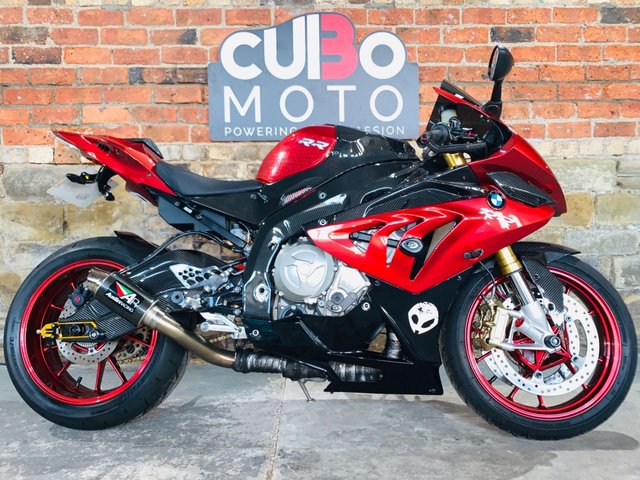 The BMW S1000RR is one of the ultimate super sports bikes of the 21st Century, there is no denying that, and this is a unique BMW S1000RR Sport! Painted in the Honda NSX 3 Stage Candy Red, this baby stands out from all other bikes on the road! This bike is low mileage for its age, and it's been well cared for, and is loaded with extras. Complementing the the dazzling looks, beneath the S1000RR skin lay a bunch of performance mechanics that make the S1000RR one of the most popular and desirable sport bikes of the last century! Blast off down the clear road with this beauty! The S1000RR comes with all the electronic bells and whistles such as ABS, Traction Control, Anti Wheelie Control and Quick Shifter etc to make this 1000cc a contender amongst the heavy weights. 2 Keys, Austin Racing Decat Exhaust, ABS DTC Quickshifter Heated Grips LED Indicators, Carbon Fibre Rear Hugger, Carbon Fibre Front Guard, Carbon Fibre Swing Arm Covers, Carbon Fibre Brake Lever Guard, Carbon Fibre Rear Cowl, Carbon Fibre Tank Cover, Carbon Fibre Frame Protectors, Carbon Fibre Heel Plates, Carbon Fibre Long Side Pieces, Car, Short Levers, Rad and Oil Cooler Guards, R&G Rear Pillion Seat Blankers, Quick Release Fuel Cap, R&G Engine Protectors, R&G Front Fork Protectors 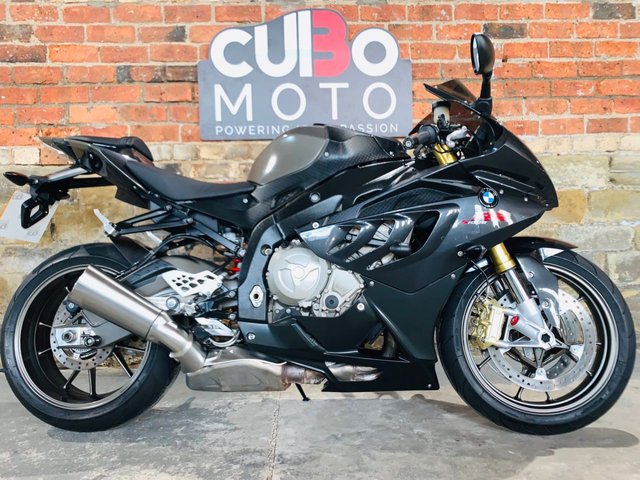 Stemming from the 1st generation of the amazing BMW S1000RRR series, this incredible bike comes finished in this stunning Grey colour scheme! This bike is stunning and has been well cared for. Complementing the the dazzling looks, beneath the S1000RR skin lay a bunch of performance mechanics that make the S1000RR one of the most popular and desirable sport bikes of the last century! Blast off down the clear road with this beauty! 2 Keys, ABS DTC Quickshifter, BMW Alarm, Crash Bungs, R&G Paddock Stand Bobbins, Evotech Bar Ends, Double Bubble Tinted Screen, Full Service History, Pillion Seat

Get the best deal on a used BMW S1000rr bike for sale in Huddersfield by making your way to Cubo Moto today. You will find every available model listed here on the website, and as all our stock is competitively priced you should have no problem sourcing a pre-owned BMW to suit your budget. Take the opportunity to browse our current range online before contacting a member of the showroom team to find out more. Our friendly and knowledgeable staff will be more than happy to answer any questions and provide advice and guidance when necessary. Alternatively, why not pay a visit to our showroom in person and take a closer look at the selection of used BMW S1000rr models for sale.